She most recently directed the live-action feature film, Honey Girls, starring Grammy Award-winning Ashanti based on the best selling Build-A-Bear Workshop global product line of the same name. Honey Girls is a Sony Pictures release and is currently streaming on Netflix.  Fanjoy is in pre-production on her second film, Something In The Water, a script she co-wrote.

Fanjoy is actively on the frontlines of paving the path for women in film as the most recognized director in the history of of the CMA (Country Music Association) with 18 nominations and 3 Video of The Year awards. She was also the first woman to ever win this coveted award with Taylor Swift for the international hit Love Story. She most recently captured her third CMA win with superstar and long-time collaborator, Miranda Lambert, for the smash Bluebird. Fanjoy also holds the ACM (Academy of Country Music) record with 16 ACM Video Of The Year nominations. Additionally, she has received several Billboard Awards, as well as dozens of CMT (Country Music Television) awards and nominations, including multiple Director of The Year titles by the network.

Fanjoy has served as a trustee on the national board of The Recording Academy. She is extremely proud of her work with the Academy, which is responsible for the annual Grammy Awards, important policy changing advocacy work in Washington on behalf of music creators, educational youth programs for students and the life changing philanthropic work of MusiCares. Fanjoy previously served as president for the Nashville Chapter for the organization as the first woman in over two decades to hold that position and only the second in the chapter’s 50-plus year history. 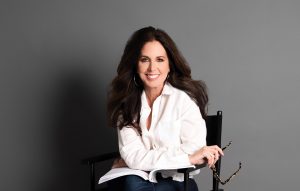